Check for radio stations in your area.

Ryan Fusco from Pittsburgh, Pennsylvania join us on Radio Disclosure. At the age of eight he and his family, while driving down the highway with his father and brother, they saw something UFO in the sky. It got so close it dropping something on the car.  Then some point later, he and his dad saw another UFO.  Making him because a ufo researcher at the age of 16.

Tonight Samsung refrigerator owners frustrated with ice makers freezing over.  We talk with people from the Face Book Group “SAMSUNG REFRIGERATOR RECALL U.S.A. NOW.” We also talk with Tom O’Shea, Tom is a 40 year veteran in the field of refrigeration. Tom has made several YouTube videos on how to fight to get some sort of compensation back on these faulty refrigerators. 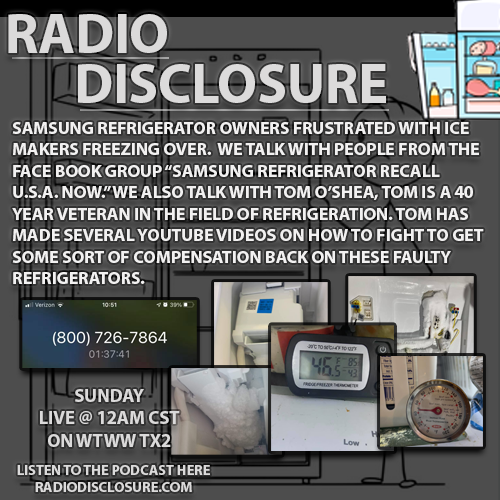 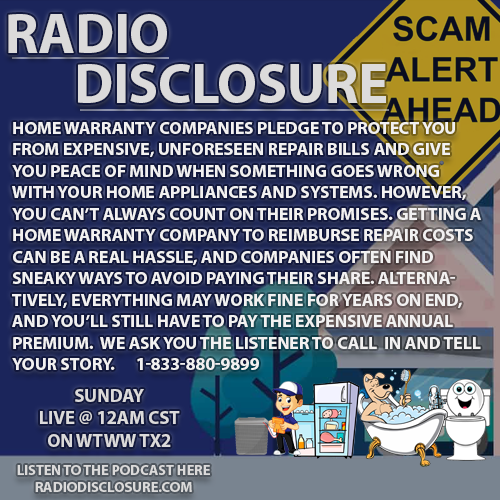 Tonight, on Radio Discourse Trey Smith joins us covers a wide range of topics from evolution, demonic entities, UFOs in the Bible to, the Nehalem to, strange creatures being in someone's room at night.  We also cover one of his latest political videos on Trump.

Tonight on Radio Disclosure, Lee Austin joins us an American broadcaster and author of “MORNING STAR'S TALE.” We cover the topics of flat earth to how the Bible and Flat Earth Theory complement each other, to how the moon works. He was not a believer in Flat Earth, until a caller called in to his radio show, and Lee whet down the rabbit hole. His book MORNING STAR’S TALE is about how Lucifer tells the truth on how his kingdom and our world / 3rd dimension works. Lee Austin says,  he is a believer in Christ and Flat Earth theory… and it has only made his belief in god stronger.

go to his website here you can also get the book there. 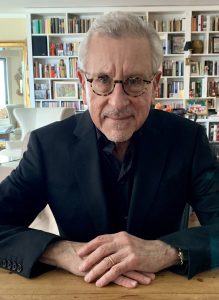 Ralph Blumenthal , joins us on Radio Disclosure, a Distinguished Lecturer at Baruch College of the City University of New York, was an award-winning reporter for The New York Times from 1964 to 2009, and has written seven books on organized crime and cultural history. He led the Times metro team that won the Pulitzer Prize for breaking news coverage of the 1993 truck-bombing of the World Trade Center. In 2001. He talks about his new book on John Mack.  A Harvard Medical School psychiatrist John E. Mack became fascinated with a range of paranormal phenomena ranging from alien abductions to UFOs to past lives.
You can get the book here. 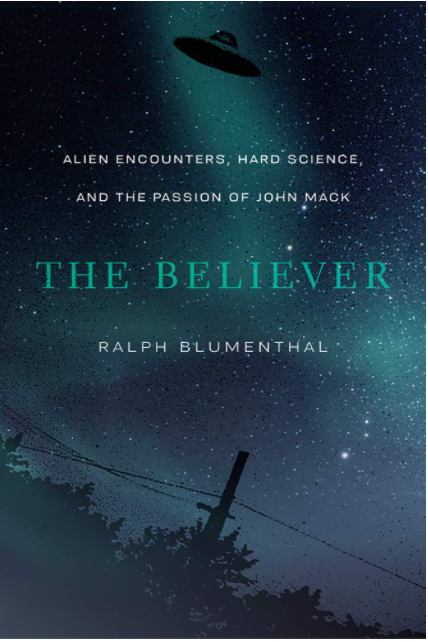 Pastor Everett Cox world renowned exorcist joined us on Radio Disclosure. Everett Cox founded Deliverance Ministries; Inc. is a holistic ministry to the body of Christ training believers to do the supernatural works of Jesus. We talk about the world today, and how demons are in control in many ways.  To the music we listen to, to the thoughts in your head.  Jesus went about doing good, healing all who were oppressed by the devil. Today, the body of Christ is experiencing oppression at a level that undermines the ability of the church to be the church and undermines individual believers to fulfill their roll in driving out demons and healing the sick preaching the gospel of the Kingdom in such a way that people’s lives are truly changed forever and they, too, can participate in the great commission.

You can get his book here.

Victor runs a news service that takes you to the edge... and beyond.  It’s call ZlandCommunications News Network.

You can also get his book Dare to Believe, Date to be heard, the “x” Zone UFO files

He is a recently retired school Principal from Toronto, Ontario, Canada. He has a Bachelor of Arts Degree in Sociology and Psychology (York University Toronto Ontario Canada) and a Masters in Educational Administration and Curriculum Development (Brock University, St. Catherines, Ontario, Canada).

Home warranties the good the bad the ugly are they a scam?

We also talked with the contractor that shed some more light on what we think is a scam.

These companies consistently change their names to continue to market their products, it is our opinion they do this to hide reviews.

This image was obtained by a contractor working for some of these warranty companies. This shows all the different names that they were using during the time this image was produced. 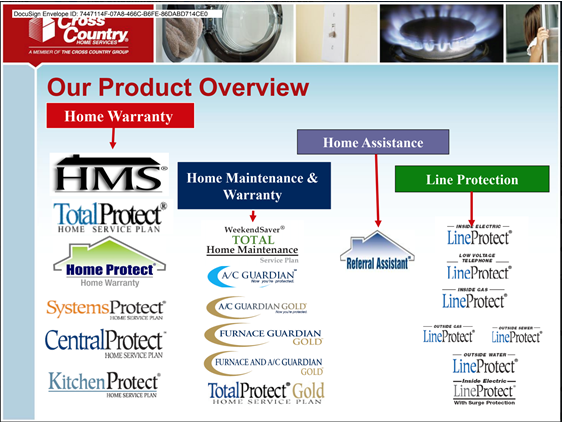 If you have questions about a new HV AC system here is a good website / resource.

Home warranty companies generally take in way more fees than they ever pay out for repairs. Checkbook looked at the financial filings of the parent company of American Home Shield and several other warranty

This week on Radio Disclosure, Ron Halliday will joins us. Ron will talk about many UFO and ghost Stories that have taken place in Scotland. 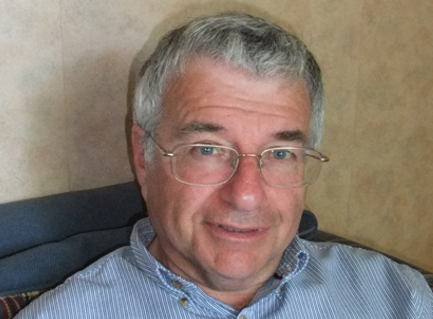 you can get his books here

Reverse speech expert David John Oates gives us the history of reverse speech, and a basic knowledge of reverse speech.  David goes over some reversals from Donald Trump.  In these Trump says backwards some things about Joe Biden’s inauguration. He also touches some of the CDC stuff about covid-19 and shares his thoughts. 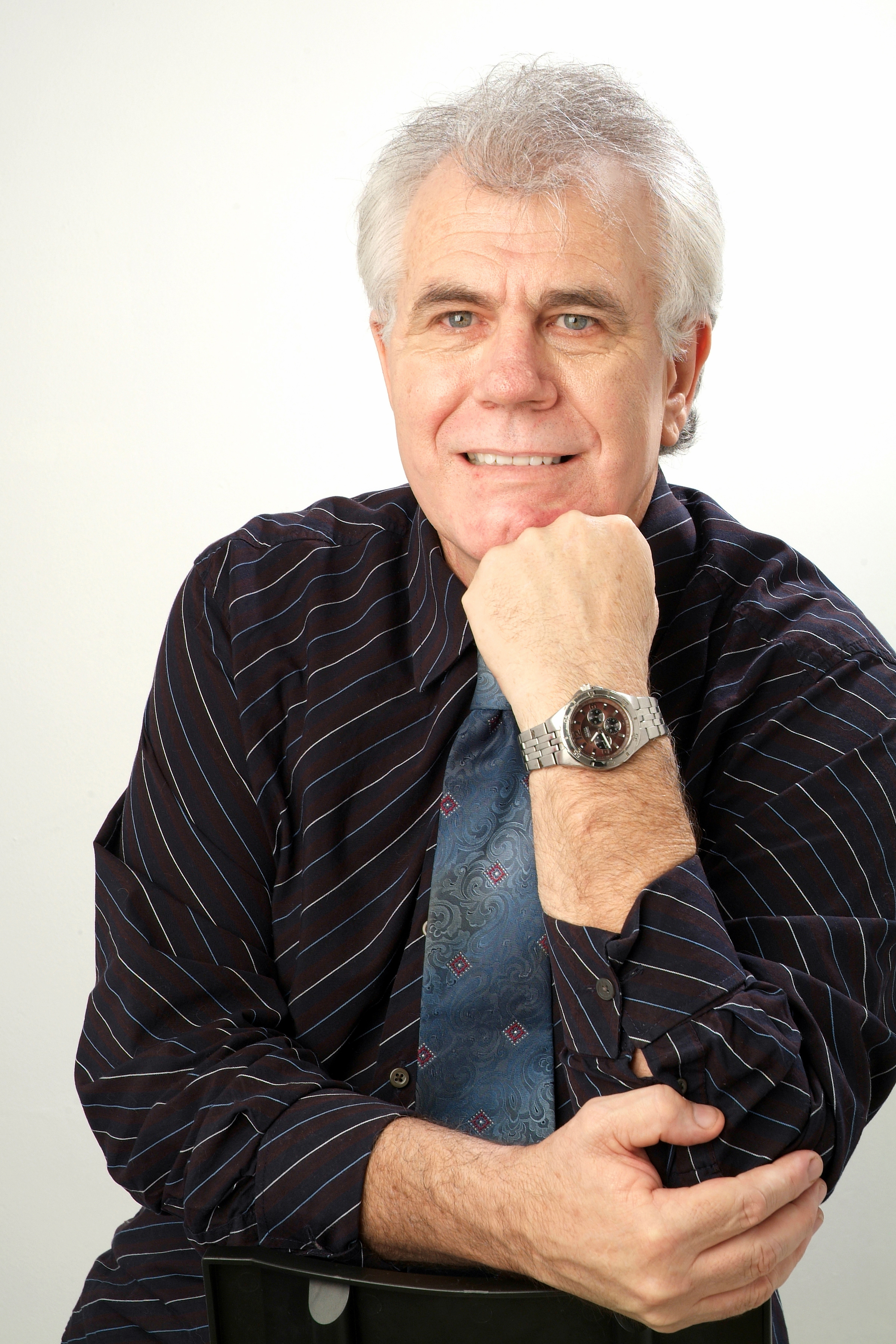 The Nashville bombing, The strange and weird.  In this Show we go over the news media coverage of the bombing in Nashville.  In addition, we try to examine the information. An, try to come to a conclusion if the DNA evidence was done with good forensic science. We talk with Dr. Melba Ketchum, World renowned DNA specialist. In addition, we cover the fact that we believe the voice was done by a male that was sped up. We talk with David John Oates reverse speech specialist.  In the reverse speech there are hidden messages in the bombing. Reverse speech is used by many government agencies to gather hidden information such as the CIA.

No conspiracy theories just the facts

If you have more information email us at show@ radiodisclosure.com

This image you can see the EMP shild 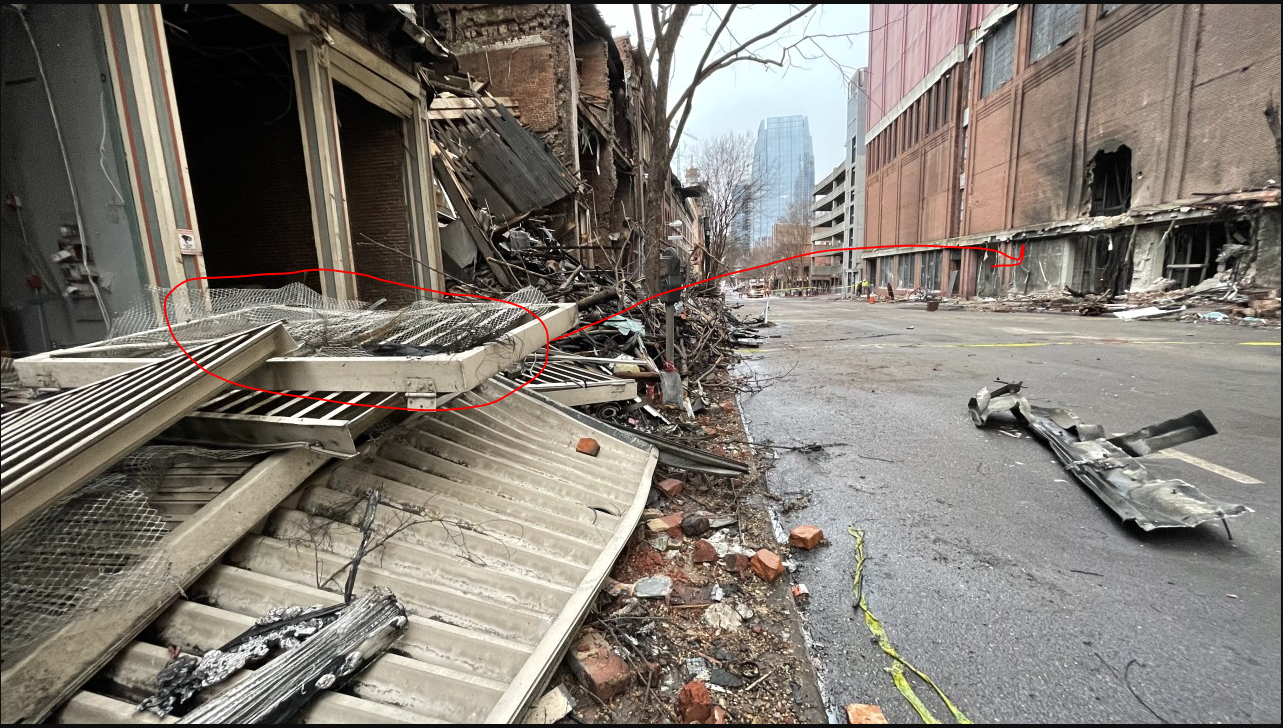 Building across the street. 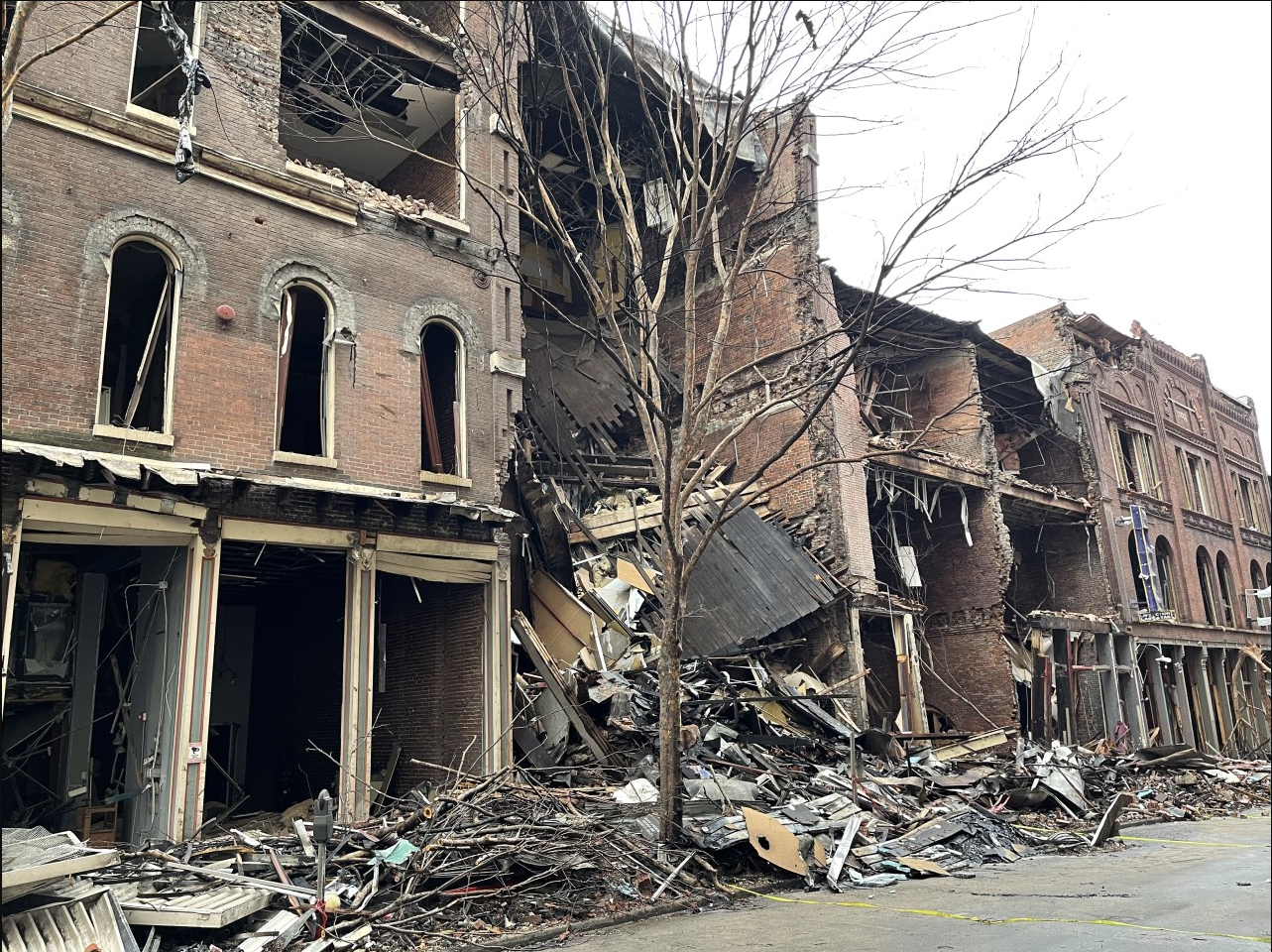 Author John W Milor Joins us tonight to chat about aliens in the bible. Milor is also the 144th Fighter Wing Chief of Cyber Operations for the U.S. Western Air Defense Sector. (Note, nothing Milor writes is officially endorsed by any branch of the military). 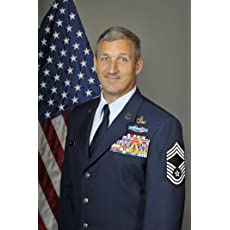 you can get his books here.

Milor has a wide variety of interests, and writes in a number of genre, though he specializes in the emerging field of Christian Ufology. Milor's latest book is "The Gathering - Master Edition: A Metaphorical Odyssey through the Scriptures." It is an illustrated children's novel/weekly Bible devotional. It includes a Bible commentary with 470+ commentary notes referencing 680+ scriptures. The Gathering is the animated epic adventure of the animals journey to Noah's Ark. This is a version of Noah's Ark that children are not likely to forget. It is much closer to the actual narrative found in Genesis 6 - not the typical happy animals under a rainbow seen in countless Sunday School classes.

Milor is not a typical Christian. He is not afraid to thoroughly investigate topics that many Christians label "Demonic" and slam the door shut. Milor's interest in supernatural phenomenon began at the age of five after hearing his great grandmother's testimony to his entire family. When she was a young girl around the turn of the century, she and her sister saw a UFO as well as its occupant, slowly hovering over the plains of Kentucky. What made her testimony truly unique, is that she was a devout Christian; the wife of a minister for over 60 years. Her testimony, as well as numerous otherworldly events in his own life, fueled Milor's inquisitive mind from a young age.

Dr. Joseph Stamey talks about his new book on Lizardman Companion.  You can get the book here.
http://lizardmancompanion.com/ 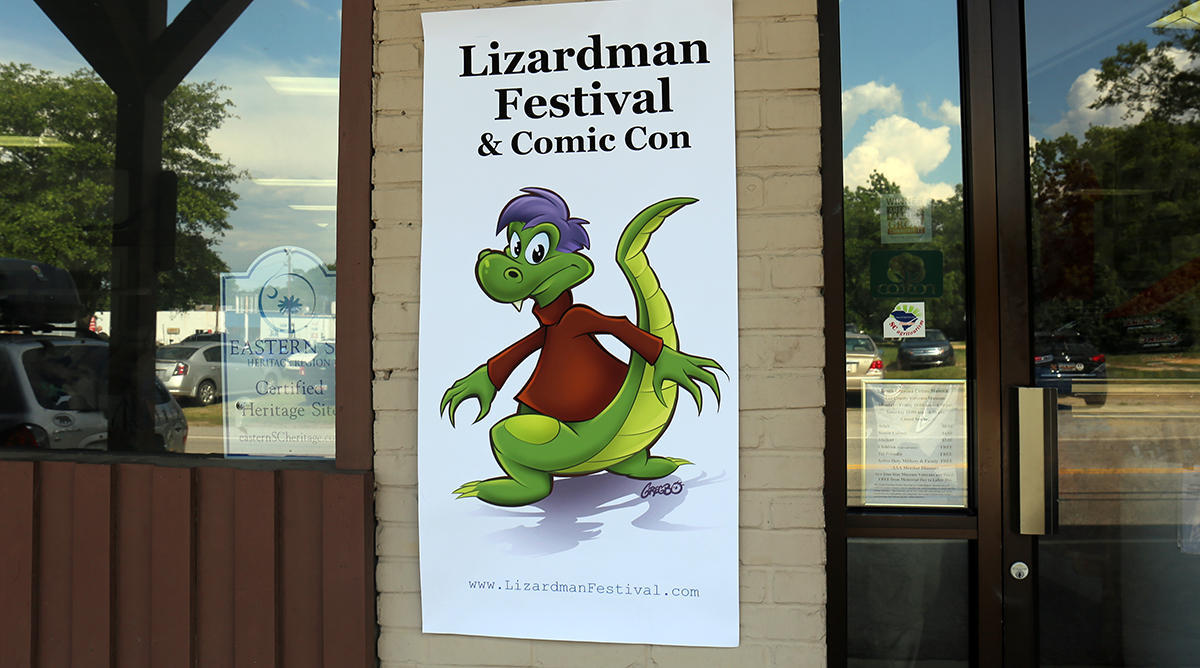 https://www.facebook.com/LizardmanFestival/
Wilbur G. Allen, PhD.  Has done work for many TV shows, a noted director of photography in the film industry. Talks about his trip to the arctic circle, to track down a UFO base. His website is http://ufodc.com   Join us on tonight, you can get the feed life from WTWW .  We will be live from 1AM EST – 2 AM EST / 12am CST – 1 AM CST. 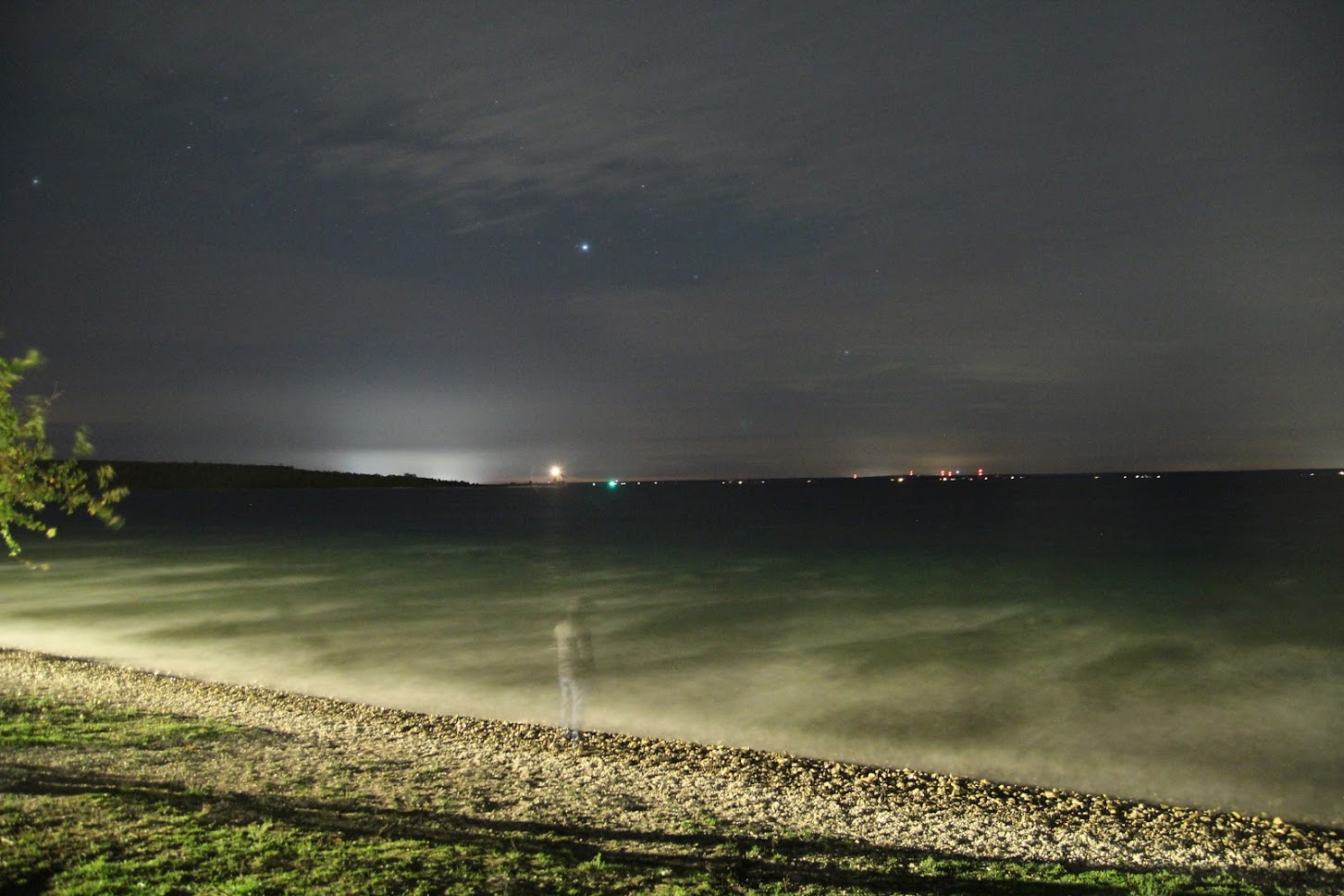 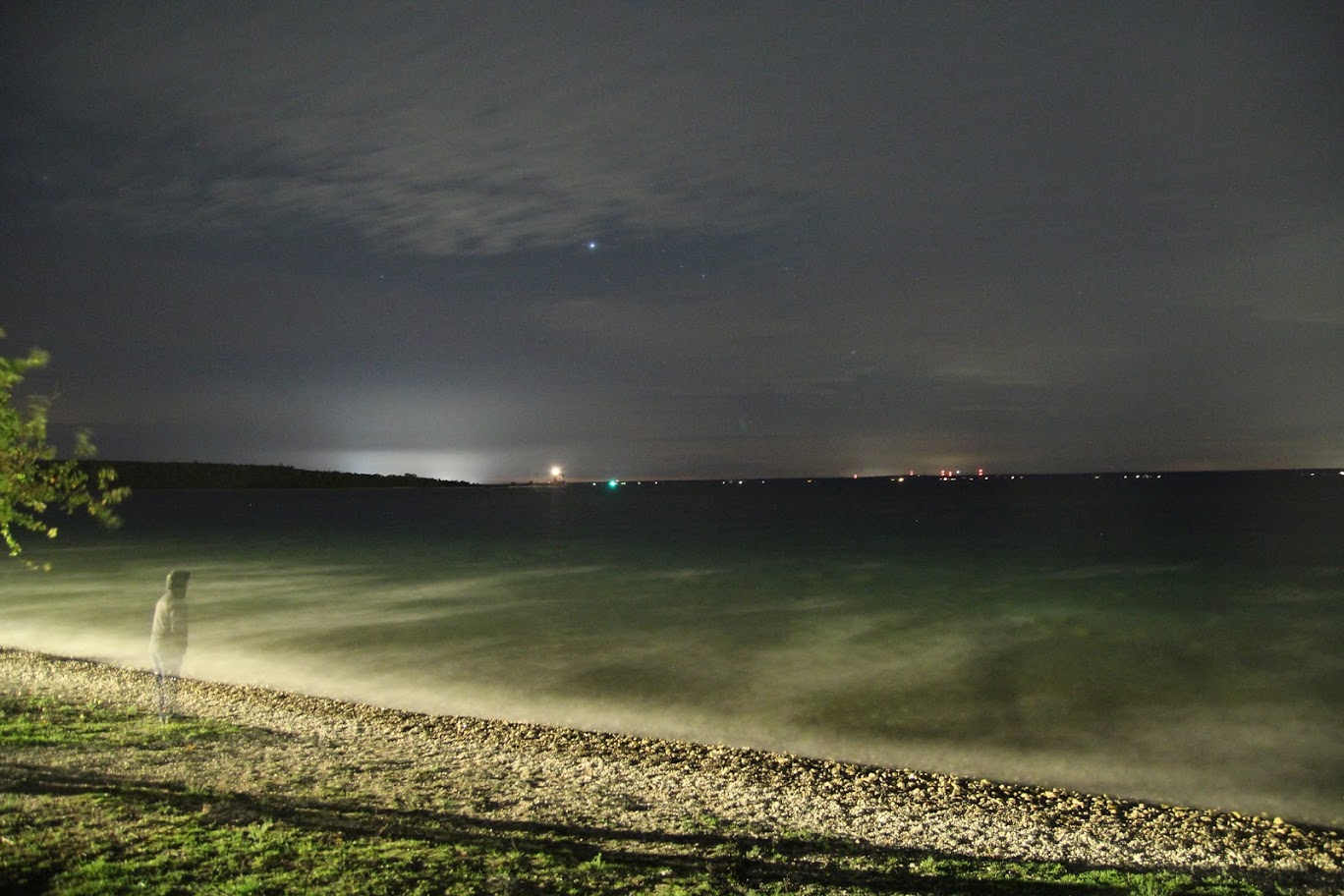 Get the shows on our podcast

Ghost Augustine’s Ed Downing talks about St. Augustine's hunted locations.  Then we move to Franklin, TN. With Franklin on foot ’s Joe Bamford.  He talks about some of the stories that have happened Franklin.

Images from Ed Downing Click Images for to make them larger 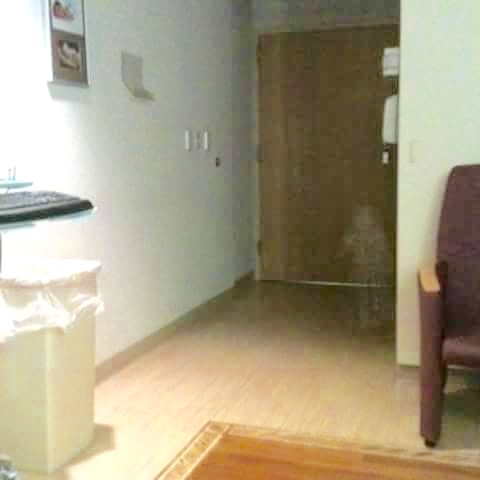 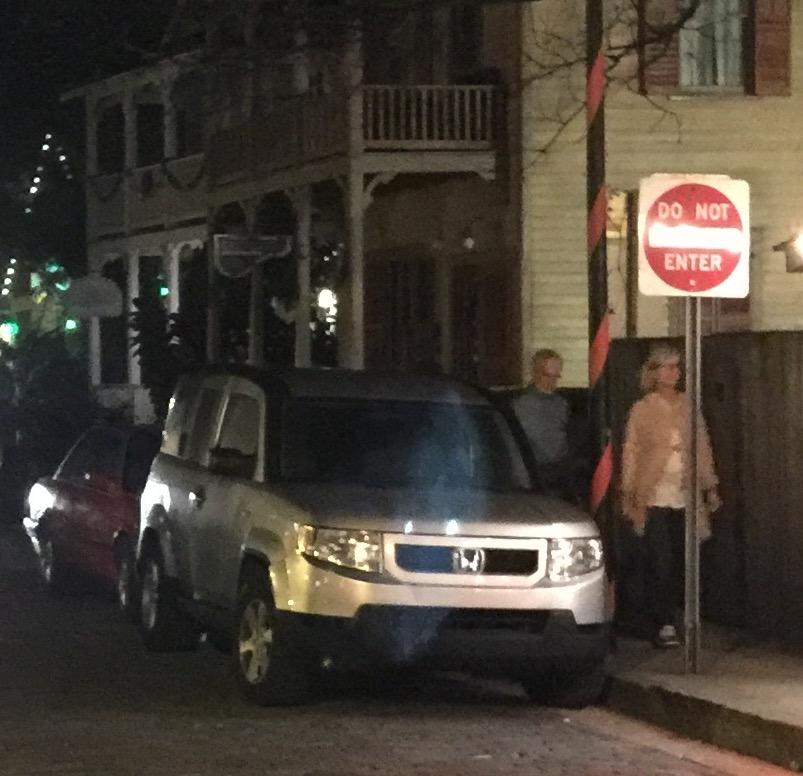 Joe Stamey author of Look - Up In The Sky: Aliens, UFOs and Anomalies.  Talks about remote viewing and some of the strange effects of our world. Also knows as the Mandela effect. 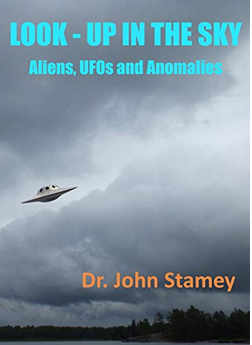 Get the book here

Dr. Melba S. Ketchum talkes about getting the DNA from Big foot / Sasquatch. 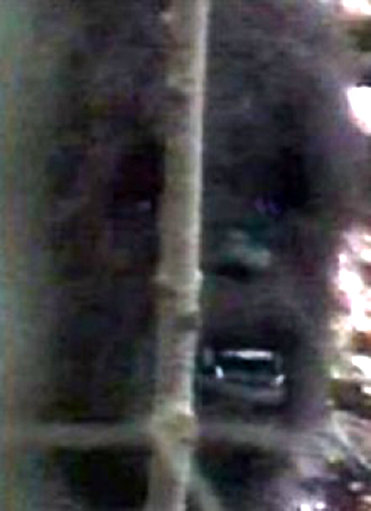 John Shepherd, the self-taught electronics engineer founded Project STRAT (Special Telemetry Research and Tracking) and converted the house into a something akin to a radio station and high-voltage laboratory.  He used his skills to try to contact ET / aliens from outer space. Jerry Lehane find live of Mars going back to 2004.  You can find Jerry Art Gallery at 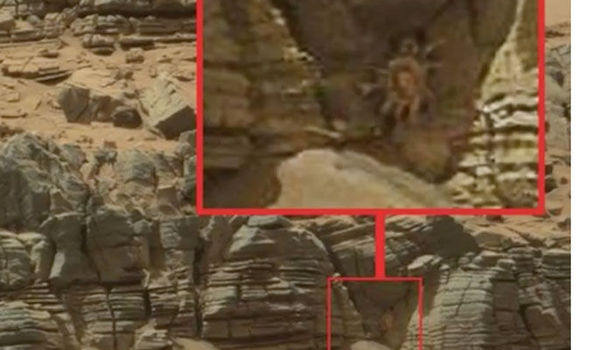 Thanks for listening to Radio Disclosure! 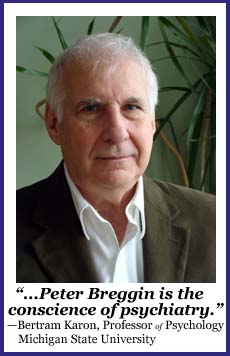 Peter R. Breggin M.D. conducts a private practice of psychiatry in Ithaca , New York , where he treats adults, couples, and families with children. He also does consultations in the field of clinical psychopharmacology and often acts as a medical expert in criminal, malpractice and product liability suits. Before moving to Ithaca in November 2002 he was in practice for nearly thirty-five years in Washington , DC and Bethesda , Maryland . He has written dozens of scientific articles and many professional books, including Medication Madness: The Role of Psychiatric Drugs in Cases of Violence, Suicide and Crime (2008), and is on the editorial board of several journals. In 2010 Dr. Breggin and his wife Ginger formed a new organization that continues their emphasis on bringing professional and laypersons together to share their concerns about the hazards of contemporary biological psychiatry while promoting more caring and empathic approaches to personal conflict and suffering. The new organization will sponsor an annual meeting each April in Syracuse, New York ( empathictherapy.org ).

Updated 2002 Edition
- New photographs of extraordinary formations before the September 11, 2001 horror, including the Chilbolton, England "face and binary code."

To order this book and browse the Earthfiles shop Click Here